Produce is susceptible to spoilage is perhaps more than any other category of food in retail. The FAO (Food and Agriculture Organization) of the UN state that fruits and vegetables, plus root and tubers, have the highest wastage rates of any food. The wastage rate for root crops, fruits and veggies is a staggering 40-50%. It hurts just thinking about all the people that food could feed.

Spoilage is not just an ethical issue for businesses, it’s also a principally financial issue. If 40-50% of fruits and veggies are wasted If you tally them up nationally, consider just how much financial loss that is as well. It is no surprise to anyone who has worked with produce that inventory management is the most important factor. Orders are typically short term, being called in week-to-week as opposed to ordering ahead of time for a two week or longer period. There are few items that will last that long let alone sell if they were more than a week old.

Here are a few of the fastest spoiling fruits and veggies that most typical retail stores sell:

Interest in Organic Produce is Growing 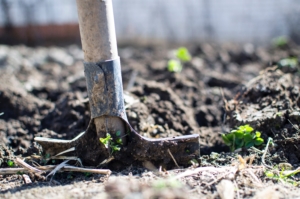 According to the OTA (Organic Trade Organization), the organic produce market in 2018 passed $50 billion. Organic produce is becoming increasingly more profitable as Millenials are more aware of which ingredients foods contain and the desire for simple, healthy foods that they can purchase for themselves and their children.

Unfortunately, that extra freshness comes at a cost of a lower edible lifespan. Unsurprisingly, organic produce spoils quicker than the standard fare. In most cases of vegetables, you can expect organic to last less than a week—on average, 5 days. This seems to have some subtle yet interesting effects on consumer behavior. In theory, due to the smaller edible lifespan of organic foods, shoppers must buy in smaller amounts. This tends to warrant smaller, more frequent trips to the local store to replenish any produce needed at home. That would equate to more time in the store and more opportunities to push sales and impulse buys.

Excellence Industries is a national leader in commercial refrigeration solutions. Having properly functioning coolers that keep items consistently cool while protecting merchandise from fluctuating external temperatures is a key factor in keeping produce fresh. Let us help you to cut back on inventory waste and so you can cut costs and also make ethical strides towards reducing worldwide food waste. Visit our contact page or give us a call at (813)-870-0340!